Not too many people believe Hera actually lived. Or Vishnu. Or Thor. Peter Kreeft of Boston College opines on The Uniqueness of Christianity at the Catholic Education Resource Center.
Posted by Athos at 4:16 PM No comments:

A follow-up to Structure, Not Themes. The following video clip serves as substantiation to, "Don't get caught in (Nazi and Islamic) themes -- pay close attention to their structures. Namely, their common need for a 'sub-human' and all-evil victim: the 'stinking' Jew (sic)." Watch and listen especially to the bold-faced dehumanizing claims of Sheikh Gilani about the Jews. It goes without saying that such deplorably evil and inhuman "illuminati" deserve to be killed. Right? At least for Sheikh Gilani and their enclaves of Dar al-Islam in GEORGIA. [HT: Gates of Vienna]

At Cornell Society for a Good Time.
Posted by Athos at 2:16 AM No comments:

One of the first lessons I learned from Gil Bailie's exploration and explication of mimetic theory is this: Don't get distracted by the themes of events being dictated by the primitive Sacred -- particularly during a sacrificial crisis -- pay attention to the structure of what is happening.

Today, as never before it is crucial when examining the events swirling in and around Islam's confrontation with the West to keep this in mind. This is something I tried to emphasize in The Swastika and the Scimitar. If there is one thing both Nazi ideology and Islam have long agreed upon, it is a hankering to annihilate Jews. How can a mythomaniacal polytheistic paganism and a rabidly monotheistic religion speak with one another and even find common ground? Don't get caught in their themes -- pay close attention to their structures. Namely, their common need for a "sub-human" and all-evil victim: the "stinking" Jew (sic).

Themes are getting increasingly confusing today, as the swirl of the sacrificial crisis spins with ever increasing speed. One-time allies nip and bite at one another in both the Islamic realm and in the West. Without the benefit of the "ontological density" of which Henri Cardinal de Lubac spoke, provided by the means of ordinary grace in the Church, and the extraordinarily helpful tool of Girard's mimetic theory in service to the Magisterium, merely secular Western patriotism is doomed to succumb in its vortex.

Pay close attention to the structure of sacrifice -- the need for more prestigious victims or greater number of victims -- as evidence of the primitive Sacred in action. Where there is human sacrifice, whether in abortuaries, in foreign fields, and as targets of terrorism, and you know you are looking at paganism, regardless of what themes and delusions the actors drum up and pour forth.
Posted by Athos at 5:07 PM No comments:

(This clip will not make any sense to you unless you first read The Silver Chair by Mr. C. S. Lewis. Do that first, then come back.)
Posted by Athos at 6:56 AM No comments:

Welcome to a new Link of Note, Kafir Canada, which has a fine recent post, Muslim Brotherhood and MSA (Muslim Student Association), outlining the Brotherhood's ostensible concern with a grand, "civilizational jihad."

Scoffers will, of course, shake heads at yet another paranoid, conspiratorial missive. Would that it were so. Gil Bailie notes, however, how the primitive Sacred creates a camaraderie with a breathtaking seamlessness, elegance, and nearly incredible ability to act in union though separated by miles, communication, and conscious effort.
That without "conscious effort" bit is key, in my opinion. The primitive Sacred creates a kind of consciousness unlike the personalist individualism we associate with the will and, indeed, with what we call "human" here in the West. If we only knew what a treasure we possess in these waning days (or hours or minutes) in the old Christian West bequeathed to us through the patrimony of the Catholic Church in the form of faith and reason, we would not be so busy knocking down the few remaining pieces of scaffolding still holding up these qualities in-breathed by the Holy Spirit. We would be about the business of evangelization with urgency buoyed by the virtues, cardinal and theological.

Meanwhile, as KC notes, quoting the Muslim Brotherhood document, The Ikhwan must understand that their work in America is a kind of grand Jihad in eliminating and destroying the Western civilization from within and “sabotaging” its miserable house by their hands and the hands of the believers so that it is eliminated and God’s religion is made victorious over all other religions. Christ or Dionysus, Nietzsche told us. Which side are YOU on? How would anyone know it?
Posted by Athos at 6:28 AM No comments:

If your schedule allows -- and it should -- don't miss Professor Eamon Duffy's broadcast talks, Ten Popes Who Shook the World. Each brief broadcast is worth its weight in gold, and functions as a "distant mirror" of our own day's concerns. A top flight presentation, coming, of all places, from the BBC.
Posted by Athos at 4:57 PM No comments:

Jizya, Protection Racket, or Both?

The fact is that Islamist terror is neither political nor a strategy for weakening the West. Rather, the theatrics of Sept. 11 and similar atrocities are merely cogs in the machine of "inevitable" Islamic revolution. They are intended to "awaken" the Muslim world to the vulnerable underbelly of the Great Satan and set in motion the holy war that the Salafists fundamentally crave.

In the words of al-Qaeda's second-in-command Ayman al-Zawahiri, "The jihad movement must make room for the Muslim nation to participate with it for the sake of empowerment ... The Muslim nation will not participate with the jihad movement unless the slogans of the mujahidin are understood by the masses." In the simplest of terms, the savagery of terrorism is a slap in the face to the West and the Muslim community alike. For one, it is a precursor to God's vengeance; for the other, it is a call to arms. [HT: Foehammer]

Occasionally, friend Porthos at Four Mass’keteers doubts the need to call into question all of Islam in these dark days with portents of doom coming from such heralds as al-Zawahiri. But the stark reality is this: René Girard has laid out in high relief the taxonomy of human culture and cultures. As humans, our "operating system," if you will allow, is based in Our Lord's parlance on two radically different "fathers": we are either the offspring of the "father the devil and ... willingly carry out (that) father's desire. He was a murderer from the beginning ... he is a liar and the father of lies" [Jn 8, 44b], or we are offspring of the Father who redeemed the world in total self-giving self-sacrifice.

Truth is, all of us are susceptible to the former father, because it is our cultural "O/S" as human beings; our template for functioning in the human cosmos. If we succeed in hearing and being wooed into the sphere of the Father that Jesus came to reveal perfectly in his life, death, and resurrection, it is sheer grace and, probably, due to generations of influence by the Bible, the Church, and caring parents. And that's if we are fortunate.

But if we have such an O/S or template and come from a cultural force-field outside the influence of Jesus, his Church, and the biblical presuppositions, we humans are very much more susceptible to become caught in the rip currents of "the father of lies and murderer from the beginning."

This is the dilemma of Islam. And this is what al-Zawahiri is banking on. That the mimetic power of the primitive Sacred will suck more and more and more normal, peace-loving Muslims into its voracious, inexorable undertow. And this is what the Gospel is fighting -- through Christ's holy Catholic Church, her priest and religious, her faithful families, her sustainers, benefactors, and knights -- today.

The Bard in Persecution 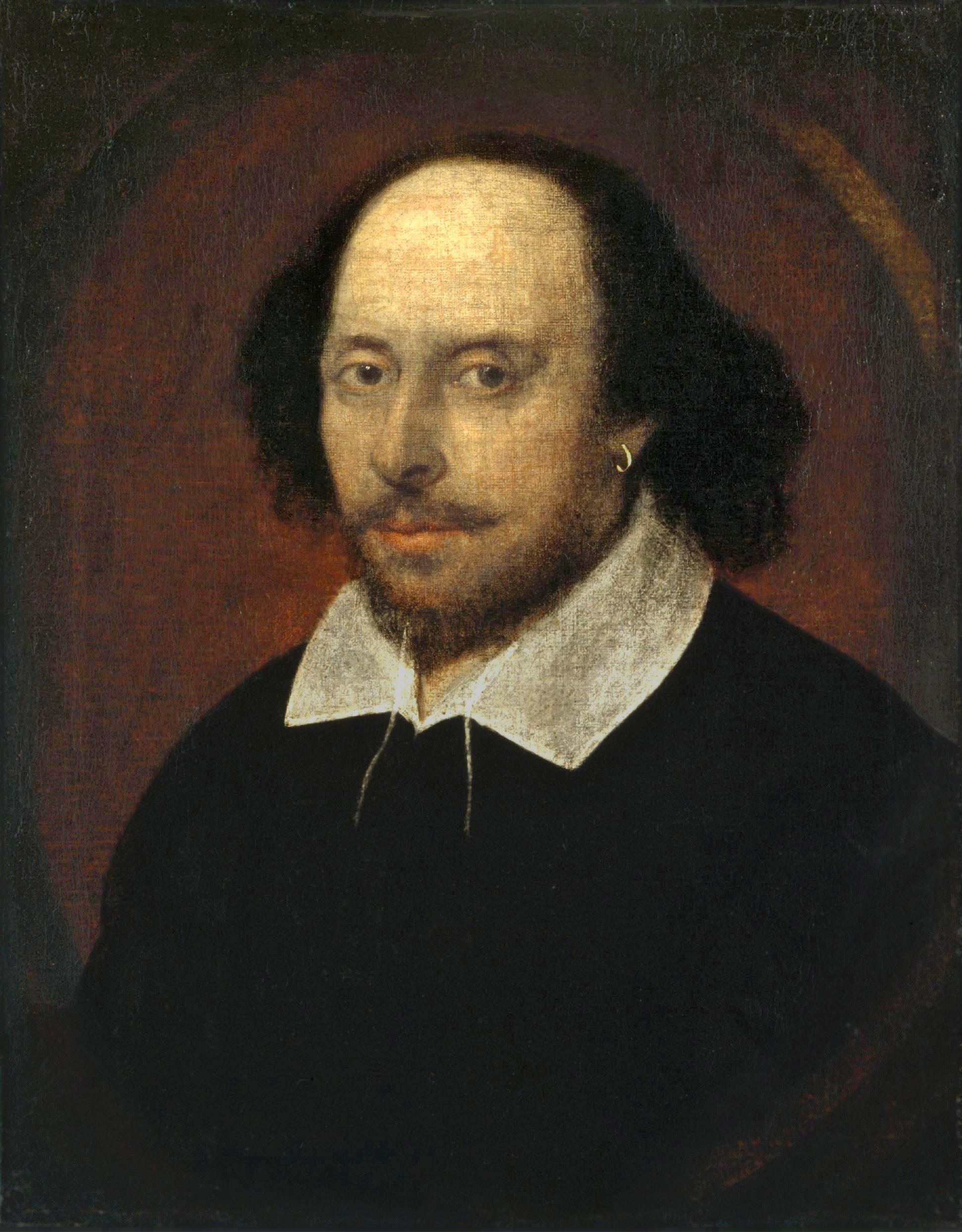 A growing concern seems to be how to live faithfully, hopefully, lovingly, and, indeed, prophetically amidst the lapping, polluted waters of paganism. A supreme exemplar is the Bard himself, William Shakespeare. In the loathsome days of the reign of Lord Cecil, first William and then his son, Robert, Shakespeare remained a faithful son of the Catholic Church an increasing amount of evidence more than suggests.

A grand read is Clare Asquith's Shadowplay – The Hidden Beliefs and Coded Politics of William Shakespeare [2005], a painstaking piece of literary detective work. A brief introduction to Asquith's work is found at Godspy, Cracking Shakespeare's Catholic Code: An interview with Clare Asquith.

A highly enjoyable video on the subject is Michael Wood's In Search of Shakespeare [2003]. Wood's enthusiasm for Shakespeare's work, life, relationships, and "the old faith" are manifest in every step of his "search".

Most importantly, the detestable and boorish brutality of Elizabethan England is not hid from either the reader or the viewer in these resources. "Mary's Dowry" may have been stripped away by the greed of the "New Millionaires" (Belloc). But the Bard lived, wrote, acted, and died a son of the Catholic Church, admired by her flock and her enemies.

Update: The Times Online reports that a Vatican historian has denounced Elizabeth: The Golden Age as a “distorted anti-papal travesty” that risks dividing the West just when it should be rediscovering its “common Christian roots” in the face of Islam. P'haps old Will nudged some folk to go see the film tissue of lies and speak the truth in the face of its tinsel-town tomfoolery.
Posted by Athos at 3:54 PM 2 comments:

About a former "gay" who was freed by his "faith" and who says "homosexuality is outside God's will"? Huh. Not secure in your contra Natural Law selfhood? Perhaps Halloween is a good opportunity to reconsider one's purpose for being here at all.
Posted by Athos at 1:59 AM No comments:

The Swastika & the Scimitar

The Brussels Journal publishes a rather well-known fact in The Alliance between the Swastika and the Crescent 2. For a far more extensive treatment of the subject than the BJ article or the video clip, be sure to consult Rabbi David Dalin's excellent and essential The Myth of Hitler’s Pope [2005]. If time allows, watch the following [thanks to Gen @ Real Clear Religion for reminding me of the reference]:

John Zmirak @ Taki's Top Drawer offers a wonderful reflection on the true meaning(s) of Halloween from the Church's perspective. One idea for celebrating: Purgatory for a Day -- which Beetlejuice depicts nicely as "that awkward transitional phase most of us (we hope) go through en route from earth to heaven. Call it 'metaphysical puberty,' since it’s marked by all the discomfort, awkwardness, and growing pains we associate with early teenagers and the newly dead," in Zmirak's words.
Posted by Athos at 1:48 AM No comments:

Damien Thompson at Holy Smoke reports that Traditional Anglicans are preparing to convert and Pope Benedict XVI is “keen to welcome them.” Bravo, TAC. You belong.
Posted by Athos at 2:59 PM No comments: