Peggy Noonan's eloquence on two men: Nothing is ended, something beautiful has begun, we just won't understand it for a while. [h/t: New Advent]
Posted by Athos at 2:01 AM No comments:

VATICAN CITY (Reuters) - Pope Benedict will pray for the conversion to love "of those whose hearts and minds are consumed with hatred" when he visits New York's Ground Zero, the site of the World Trade towers destroyed on September 11, 2001. [h/t: Real Clear Religion]

Who says John Paul II was more in touch with the theatrical than Benedict XVI? Nay, say not 'theatrical' - say Theodrama.
Posted by Athos at 1:50 AM No comments:

Excalibur or the Grail 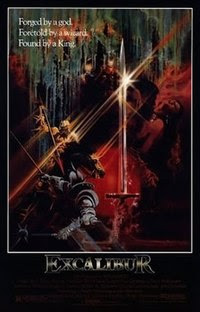 Watching John Boorman's film Excalibur (1981) about once a year, as is my wont, I note the singular downward spiral inherent in the primitive Sacred. Boorman's version of the Arthurian legend has not even a trace of the original Christian tales, but is solely based on a Nietzschean motif of Eternal Return.

Boorman's Merlin bids the king and knights remember their originary founding event (the destruction of their rivals and enemies). Lancelot catches his desire for Guenevere from Arthur. Morgana lusts after Merlin's spell of making as well as her half-brother's throne. And what was once built upon a transcendent sword, Excalibur, perishes in the mimetic swirling maelstrom of desire, lust, villainy, and mutual destruction.

So what? It appears for all the world that you and I are caught in the same maelstrom ourselves. The western mandarins of power, the United States of Can-Amer-Mexico and the E. U. -- those mavens of multiculturalism -- are following a steady but inevitable course of tearing down all the prohibitions that keep such sacrificial flames from spreading and setting fire to all that was good, true, and beautiful.

Meanwhile, our greatest numerical foe -- the Scimitar -- wants nothing so much as to aid by heaving bombs, planes, and Molotov cocktails into the crackling mess of the West. Why? Ostensibly to make way for Dar al-Islam. However ... that cannot happen, for Islam itself is in the midst of its own sacrificial preparation and downward spiral. Can you think of any single place where such "peace of Islam" can be viewed as exemplary? Pakistan? Indonesia?

The reasons given for its failure is, of course, Jews, Christians, and other infidel. But the truth is, Islam's falling into the same dry and ready-for-burning condition.

Our only hope is the hope engendered by the Gospel vouchsafed by the "one holy Catholic and apostolic Church" that recognizes, decodes, and provides the antidote for the satanic power which is the primitive Sacred. Can the Church avert the coming catastrophe we see coming toward us?

It can and will -- in a way that no mere parody, self-help, nationalistic entity may or can. Peter's Barque is still the Way, the Truth, and the Life -- the Body of Christ -- through the maelstrom. Cling to it, receive grace through the Blessed Sacraments, and practice the Two Great Commandments and the virtues in fealty as a knight to the One true Lord.

Do not trust in the vain promises of the false transcendence. Pro Christo et Ecclesia +
Posted by Athos at 11:38 AM 1 comment: 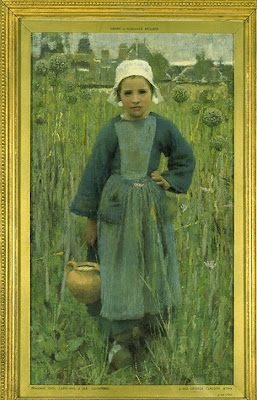 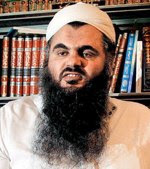 Shire Strategy? We don't need any such thing in this multicultural utopia!
Posted by Athos at 1:59 AM No comments: 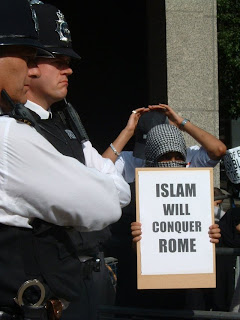 Funny. We don't seem to need to say, "Catholicism" will conquer Islam.
Posted by Athos at 6:18 PM No comments:

Hey, Minnesota! I know a great Catholic school that use some support if there’s any left after your supporting a Muslim school at taxpayers’ expense. [h/t: Maggie's Farm]
Posted by Athos at 3:42 PM No comments:

Matt Archibald at Creative Minority Report - whose motto is, "We Laugh Because We Believe" - tells the brave and chivalrous story of Michael Monsoor, I will go in their stead.
Posted by Athos at 3:29 PM No comments:

The newly-edited version of Fitna here, courtesy of Red at Ironic Surrealism II.
Posted by Athos at 3:02 PM No comments:

Non-Muslim Children Told They are Dogs

Self-avowed athiest, Giuliano Ferrara, has become pro-life (somewhat - calling for 'moratorium' on abortion), conservative, and friendly with the Vatican. These guys, like Oriana Fallaci, get a glimpse of the light, and make make interesting allies:

For his part, Mr. Ferrara says he remains an atheist. “I’m not a converted Catholic,” he said. “I’m still a nonbeliever, even though my idea of reason is the idea of a reason which is open to mystery.” Whatever his motivations, his new crusade says as much about the power vacuum in Italy as the power. After all, as the critic Nicola Chiaromonte observed in the late 1940s, “In Italy, the Church offers not heaven so much as protection from the sheer impact of history.”

Church Roof Leaks (But So Do Mosques)

Apparently, it isn’t just Henry VIII who stole the lead from churches and monasteries. A sad commentary.

On the other hand, mosques have similar problems with “leaks”, as it were.
Posted by Athos at 2:06 AM No comments:

Coming Home
Posted by Athos at 4:50 PM No comments:

What Are Friends For?

China has betrayed one its closest allies by providing the United Nations with intelligence on Iran's efforts to acquire nuclear technology, diplomats have revealed.
Posted by Athos at 4:38 PM No comments: 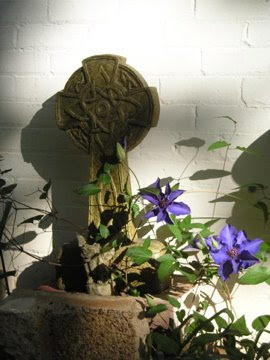 Proof that one should never -- never -- fall into the sins of despair or presumption: Catholic website drawing thousands back to faith. [h/t: New Advent]

Visit Catholics Come Home -- you will be glad you dropped in. (Check out the "Epic" vid - Cheers!)
Posted by Athos at 4:02 PM No comments:

Dominican Aidan Nichols is interviewed on his new book, The Realm: An Unfashionable Essay on the Conversion of England (Family Publications). Fr Nichols:

Protestantism was central to the attempt to remake English identity under Elizabeth Tudor; to the reaction against the Catholicizing tendencies of the Stuarts after the Restoration of the monarchy; and to the project of welding England and Scotland together as a united “Britain” over and against France, after the union of Parliaments at the beginning of the 18th century.

But the almost 1,000 years of Catholic Christianity that preceded any of that are responsible for the origins of the English literary imagination, for the principles of the common law, for the concept of a covenanted people under God which permeates the induction of a sovereign, and for the range of virtues which have been commended -- and sometimes practiced -- in English culture and society.

What the faith of the Catholic Church can offer today is an intellectual, moral, and imaginative framework for the salvaging of these virtues, and their re-energizing by sacramental grace...

The single most urgent need is the re-launching of an adequate doctrinal catechesis at all levels.

Putting anything else first is like trying to make bricks without straw. 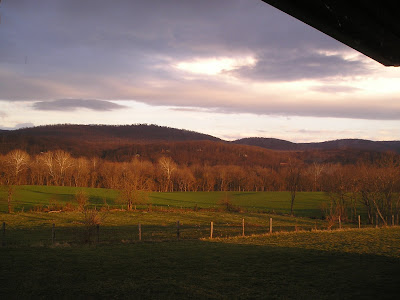 Jack Wheeler - A Resurrection Has Begun

Dr. Jack Wheeler, who earlier appeared in this video, posts an interesting article in Virtue Online, The Resurrection of Christianity vs. Islam.

It is Young Europe that will regenerate Old Europe, save it from becoming Moslem Europe, and keep it Christian. For it is Christianity, as exemplified by this Pope, that will fill the spiritual emptiness felt so deeply by both Europe's secular and Islamic youth. For as I noted in Miracle Max in Europe

Quotes of the Day

... the vulgar rumour is nearly always much nearer the historical truth than the "educated" opinion of to-day; for tradition is truer than fashion. -- Chesterton

That western civilization stands indebted to the Church for the university system, charitable work, international law, the sciences, important legal principles, and much else besides has not exactly been impressed upon (students) with terrific zeal. Western civilization owes far more to the Catholic Church than most people -- Catholics included -- often realize. The Church, in fact, built Western civilization. -- Thomas Woods

There is a dark instinct of horror which is found lurking or patent, in all antiquity and modern pagan ritual, a demand for victims and a prostration before dreadful power. Calvin provided victims. For his ardent disciples, remember, were elect. It was the others who were damned, and as for love of money, a philosophy which decided good works and dreaded abnegation let it loose in all its violence. Calvinism had men enrich themselves and they have done so. -- Hilaire Belloc

For that matter, Mohammedanism is no more fatalist than Calvinism; the two heresies resemble each other exactly in their exaggerated insistence upon the immutability of divine decrees. -- Hilaire Belloc
Posted by Athos at 11:50 AM No comments:

Denial, the UK, and Realism

The British pluck in this time of great upheaval regarding immigration, rights for Islamists who do not want nor plan to assimilate into Western culture, and demographic winter for post-Christians is, it seems to me, one of immense denial and, sad to say, not a little hubris. For the Brits who lived and moved and had their being in the once sun-never-sets empire, they simply cannot believe that their system of law can not accommodate even the mighty Scimitar.

It cannot. This is the reason it is essential that physical borders must be maintained and reciprocity regarding immigration be demanded and practiced.

The day of the Bobby, nightstick, and "All right, sir. Let's treat the ladies with respect," are sadly past. That is, if said police officer is in a No-go Zone.
Posted by Athos at 4:22 AM 1 comment:

Creative Minority Report reacts to the news from Scotland of a ... a Scimitar-religionist who was caught speeding in We are all doomed...doomed I say.
Posted by Athos at 4:10 AM No comments: