Al-Qaeda and the Bomb

For the record, Christopher Carson, who took a Masters in Security Studies at Georgetown, examines the nuclear intentions and capability of al-Qaeda for a strike in the United States.
Posted by Athos at 6:34 AM No comments:

This reminds me of this: 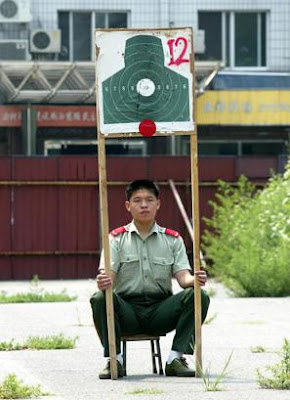 Damien Thompson reports and comments on 3,000 Iraqis becoming Catholics.
Posted by Athos at 3:22 PM No comments:

Glory of the Cross

CHRISTIANS - while in possession of the right confession - need the Lord to teach every generation anew that his way is not the way of earthly power and glory, but the way of the Cross. We know and we see that even today Christians - ourselves included - take the Lord aside in order to say to him: "God forbid it, Lord! This shall never happen to you!" (Mt 16,22). And because we doubt that God really will forbid it, we ourselves try to prevent it by every means in our power. And so the Lord must constantly say to us, too: "Get behind me, Satan!" (Mt 8,33). The whole scene thus remains uncomfortably relevant to the present, because in the end we do in fact constantly think in terms of "flesh and blood," and not in terms of the Revelation that we are privileged to receive in faith. 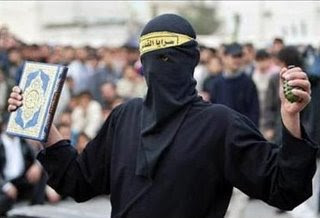 Says it all, doesn't it? Anyone care to parse this from a mimetic theory point of view?
Posted by Athos at 5:52 AM No comments:

I wanted to stop posting today, but Daniel Mitsui's offering is just to beautiful to miss: See all @ Lion and the Cardinal – New Gracanica Monastery
Posted by Athos at 4:02 PM No comments:

Adolf and the Jeffersons

Whatever you do, do NOT take a swig of coffee before you start this. [h/t: Fr Z] 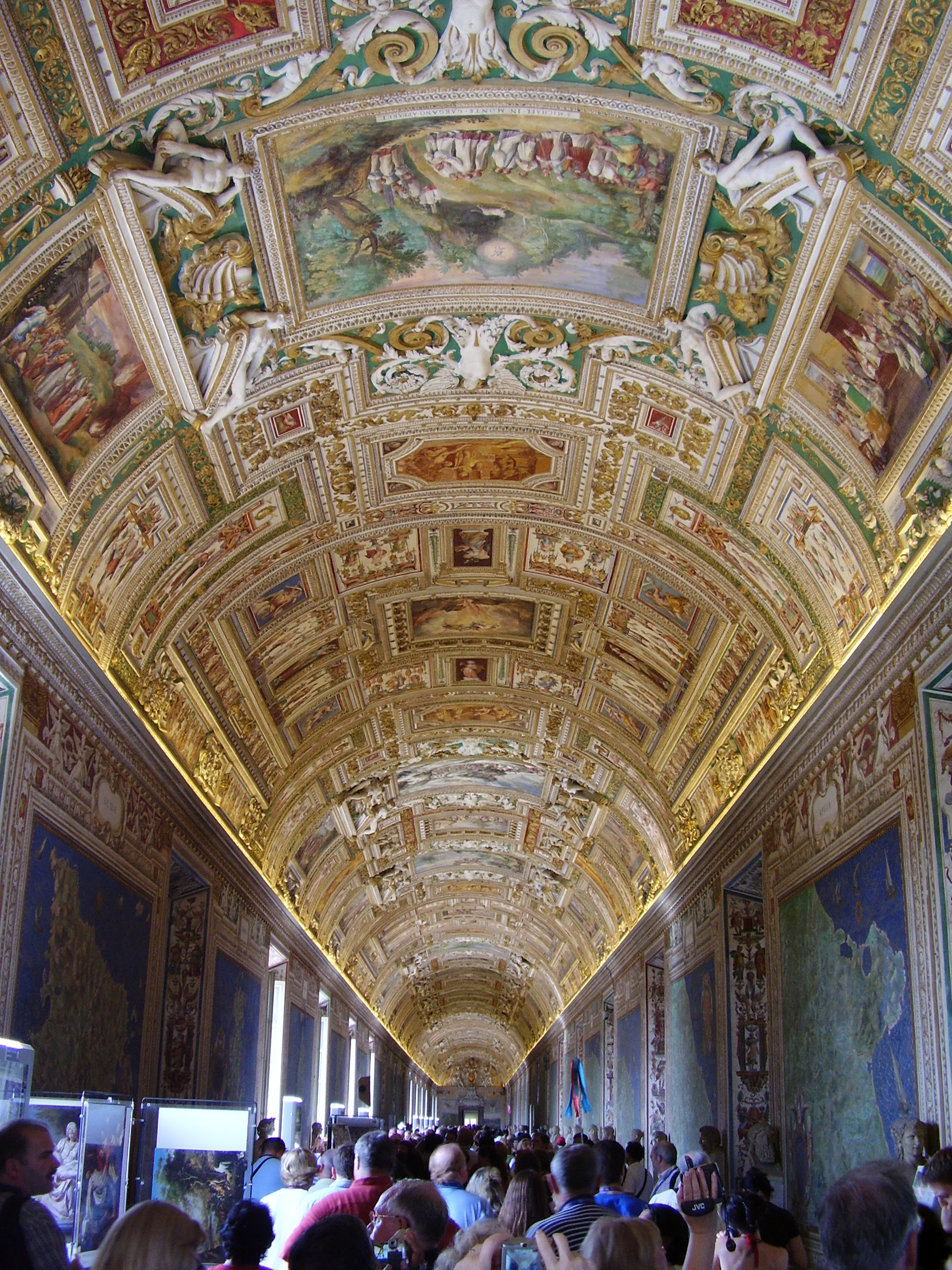 What a treasure we have in our Holy Father. Here he said today, 5/21/08, in the general audience:

"If faith is still alive, even this cultural heritage does not become a dead thing but remains alive and present. Icons speak even today to the believing heart, not just things of the past. The cathedrals are not medieval monuments, but houses of life where we are 'at home', we meet God, and we meet with one another. And the great music, Gregorian chant or Bach and Mozart, are not things of the past in the Church but live in the vitality of the liturgy of our faith. If faith is alive, the Christian culture does not become the past, but remains alive and present."

If our faith is alive, he added: "Even today we can respond to the command that is repeated over and over again in the Psalms:" Sing to the Lord a new song ":

"Creativity, innovation, new song, new culture and the presence of the entire cultural heritage in the vitality of faith, are not exclusive (of one another) but are a single reality, are the presence of God's beauty, the joy of being a child of God."

As René Girard points out with breathtaking acumen, culture is a by-product of the founding violence of the primitive Sacred. From the originary scene of the scapegoating crowd and the victimization of the one or the few comes ritual, myth, and prohibitions that will concretize into what we call 'culture'. Our myths, regardless of our individual cultures, bear witness to these sacred origins.

Referring to the God-authored “purposes” of marriage – “(1) the mutual loving support of husband and wife and (2) their loving service of life by bringing children into the world and raising them to be virtuous and productive” – Vigneron said that “the experience of history … has taught us that no government has the power to change the order which God has inscribed in our nature.

“The conviction that same-sex couples cannot enter marriage” is implicitly professed in baptismal promises, where Catholics profess “the Church’s faith that the Father Almighty [is] the Creator of heaven and earth.” But, though “confirmed by faith,” the Catholic understanding of marriage “can be known from reason,” wrote Vigneron. Thus, to work that the state recognize only natural marriage is “not an imposition of an ideology but a service of the truth which we make for the common good.” It is “not a form of discrimination, but undergirds our freedom to live according to God’s plan for us.”

René Girard, as a faithful son of the Catholic Church and her truth, would, in my estimation, fully agree with the good bishop. For the Magisterium of the Church understands the wiles of sin, the "father of lies and a murderer from the beginning" (Jn 8), and the manner conventional culture is an instrument of temptation in the hands of evil yesterday (Mtt 4,1-11) and today.

Read all of “Our way of life will become counter-cultural.”
Posted by Athos at 12:51 PM No comments: 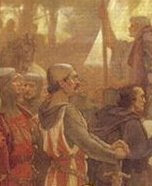 CATHOLIC ONLINE (www.catholic.org) had a nice notice of Corpus Christianum back in November. If you have not taken time to review this worthy and chivalrous Association, and you have a heart-felt desire to see the renewal of Christendom, consider joining Corpus Christianum.
Posted by Athos at 7:39 AM No comments:

MSM loves him, but voters?
Posted by Athos at 6:16 AM No comments: 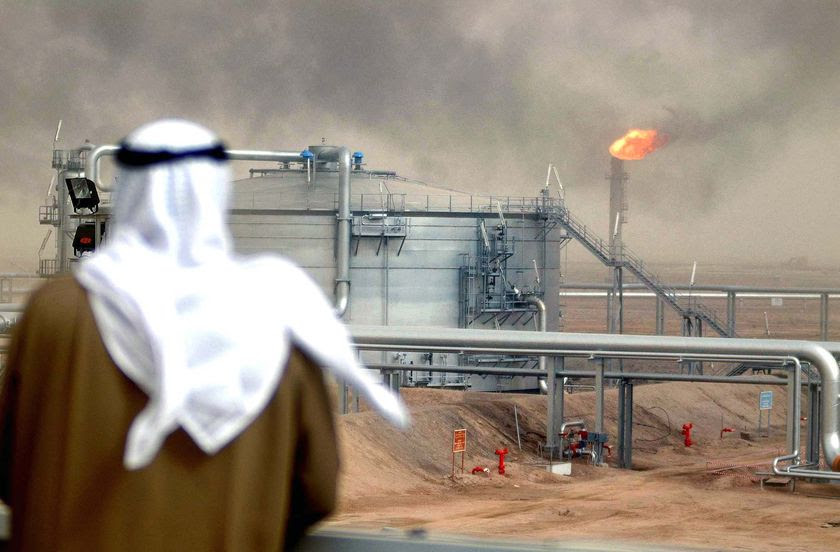 Wanna know where oil-rich Middle Eastern nations are investing in the United States? For the record, here you go. [h/t: IBA]
Posted by Athos at 5:10 AM No comments:

What Would C. S. Lewis Say? 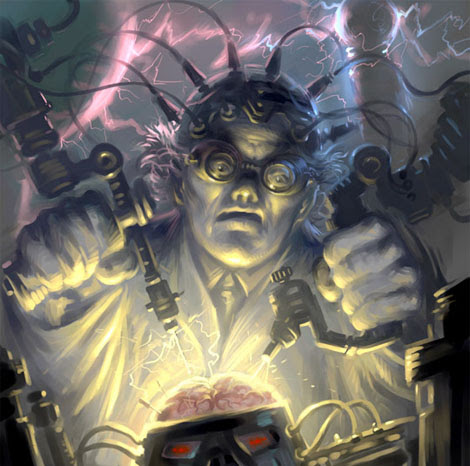 How to Clear Up Misperceptions

Robert Spencer says is Stop beheading people and shouting "Allahu akbar." I would add, Assimilate, pay your taxes, get real jobs, and treat others as you want to be treated. "Citizenship 101."
Posted by Athos at 3:03 PM No comments:

For the record: From UPI - Dutch critic of Islam warns Bush.
Posted by Athos at 3:41 PM No comments:

Blackberry Gathering (1912) - Elizabeth Forbes
A COMMON THREAD among some 20th century Catholics was a desire for a simpler life, dictated in part by liturgy, in part by the rhythm of the day, in part by one's locale and auspices of the land. Tolkien lauded this all his adult life through "the Shire" and its inhabitants, hobbits. Thomas Merton went to his hermitage. Dom Bede Griffiths to his ashram. The Distributists to the teachings of the Church and "subsidiarity". E. F. Schumacher, Small Is Beautiful. (Even James Hilton in his Lost Horizon. Though he wasn't Catholic, we won't hold that against him.)

Truth Is What We Say It Is

The United States of America enters the spy-world of the Elizabethan/Lord Cecil era. University of Toledo fires administrator who dissents (in print) from the California ruling. What's next? Hangings, drawings, quarterings?
Posted by Athos at 4:00 AM No comments:

Hugh Fitzgerald at The Iconoclast opines:

A hard and ever-more-hardening attitude, an unwillingness to give an inch, the threat that collective punishment, threatening the interests and continued presence of Muslims within this or that country, is far more likely to evoke or rather exact the necessary "cooperation" with authorities than does the policy, that the British seem to have adopted until now, of pursuing the ignis fatuus of "integration" and, still worse, appeasement, including appeasement in matters where Muslims have not yet even made demands.

The better informed that Infidels become about the meaning, and menace, of Islam, the harder and more unyielding their attitude will become. And the harder and more unyielding they become, and the more Muslims realize that their failure to integrate will mean that they have no future in Western Europe -- which will lead at least some to leave, and others to begin, possibly, to explore, out of self-interest, the possibility of jettisoning Islam-- the more likely it is that the West, as the West, will overcome, and survive, the menace of Islam.

This stance lines up favorably with Pinkerton's Shire Strategy.

Read more of Fitzgerald.
Posted by Athos at 2:22 PM No comments:

Out From the Garden

THE JOY of which Catholics partake is that God became man - as C. S. Lewis learned from J. R. R. Tolkien, "myth became fact" - because of Adam's Fall. God initiated the redemption of humanity because he would not leave us in the state of Original Sin.

O felix culpa! In Christ, God returned us to our original innocence through his Death and Resurrection. The Sacraments that Christ instituted in the Church help ensure our state of grace. So we are granted by grace a return to Eden (Christ arose, let us remember, from the Tomb in a garden).

But our task is not merely to stay in a state of original innocence. Our task is continue the spiritual journey to our final destination: the Beatific Vision. Deo gratias.
Posted by Athos at 9:08 AM No comments:

Free and On Your Frontdoor Knob

And if you throw it away, would you tell them when they come back and ask where it is? [h/t: Real Clear Religion]

Obama vs. the Right to Life

A vital essay on Obama vs. the Right to Life comes from the National Catholic Register. In Girardian terms, who are the smallest, weakest, most silent victims in today's world, pray tell? Don't say Palestineans. Don't say gays. Don't say Hamas. Don't say "victims of hate speech." They are the humans trying to be born rather than becoming fodder for the Moloch idolatry industry. From the essay:

Obama once described why he thinks abortion should be legal through all nine months of a woman’s pregnancy.

“Whenever we define a pre-viable fetus as a person that is protected by the Equal Protection Clause or the other elements in the Constitution, what we’re really saying is, in fact, that they are persons that are entitled to the kinds of protections that would be provided to a child, a 9-month old child that was delivered to term,” he said. “That determination then, essentially, if it was accepted by a court, would forbid abortions to take place.”

How could Obama be so opposed to the right to life? He may have let slip one reason at a March Town Hall meeting in Pennsylvania.

“Look, I’ve got two daughters, 9 years old and 6 years old,” Obama said. “If they make a mistake, I don’t want them punished with a baby.”

This attitude of Mr. Obama is exemplary of the "Enlightened" progressive mind-set obtained by the secularist (read: atheistic) humanism of higher education in the West. It is similar to the down-stream effect of 19th century Romanticism upon the Decadents and, finally, Nihilists.

The problem is, such progressivism brings with it a last-gasp optimism that things can "change", get better, somehow get beyond the realities of Original Sin. It can't. Inevitable disappointment will throw adherents into an even worse state of despair about humanity.

As Barack Hussein Obama shows too clearly, progressivism is only Nietzschean blather after all, and secular messiahs who profess to lead to betterment lead finally yet again for their own will to power. All the PhDs and higher education in the world can't undo the realities taught and vouchsafed by Catholic truth.

Anthropology is our being made imago dei; ontology is remaining in the True Vine, Jesus Christ, the Word made flesh (Jn 1,14); epistemology is aligning one's heart and head with the faith and reason of Christ's one holy Catholic and apostolic Church. Stray from these at your peril.

That which will not accept the Gospel will become one-with pagan myth ipso facto. Enlightened progressivism that does not bow to Christ will inevitably bow to Moloch.

Which leads me to call Mr. Barack Hussein Obama by a new nickname: Lord Feverstone.
Posted by Athos at 3:19 AM No comments: