Two points make a straight line, or so I'd tell my math class students who would ever bother to use a straight edge to draw a straight line. So what do I see browsing the web today? Two stories on Mel Gibson. I will let you 'draw' your own conclusions about the two points here* and here, gentle reader.
*Lest you write-off what appears to be a brain-less comedy, remember that Jodi Foster starred in a thought-provoking film, Contact, that left the door open for agnostics to move toward theism some years back. Why would she direct a new film and co-star with Mel Gibson to boot? Perhaps time will tell.
Posted by Athos at 1:43 AM No comments: 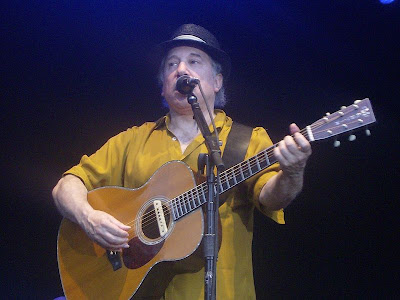 Nothing since Graceland comes near to excellence until now. Go thee, purchase his new album So Beautiful or So What. For sheer heart-rending poignancy, The Rewrite. Best call-and-response preachin' - Getting Ready for Christmas. Hands down best answer to his (long time ago now) nihilistic song, The Boxer, Questions for the Angels.
Go! Get thee hence, hear, and respond in faith to this prophetic aging voice. Hey! Aren't they the best kind, after all?
Posted by Athos at 2:50 PM No comments:

Labels: Don't You Get It?, Gratitude, Music, Reality Check

Reading Signs of the Times

Good advice and discernment regarding recent current events here, here, and here.
Posted by Athos at 1:35 AM No comments: 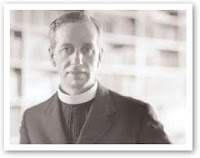 (This completes Knox's essay, "The No-Men")
THAT'S WHY I WANT TO appeal to you all, as you remember the English martyrs, to cultivate jealously and watchfully your own independence of mind ... You live in a frightful age of propaganda; books, newspapers, and above all the wireless are trying hard all the time to influence your mind; and a great deal of that propaganda is directed in a steady stream against the Catholic religion. Not openly, but in a insidious way; the worshippers of the State are always so selecting and so presenting the news that the Catholic Church always gets mixed up with what is unpopular at the moment, always appears as the enemy of liberty and of progress. It's a highly elaborate business and oh, it's boring! But you are going to live in a world which swallows all that sort of dope ... I don't say that you'll lose the faith, but you'll be a passenger; you'll be no use to the Church, when she wants you. Keep your independence of mind; only half believe what you hear; suspend judgement, think for yourself, learn for yourself. If I am privileged to meet any of you later on, I don't very much mind what else has happened to you ... if only you've preserved your independence of mind. God bless you all, and give you grace to do it.
- Ronald A. Knox
Posted by Athos at 10:21 AM No comments:

Labels: Clash, Fighting the Good Fight, Ronald Knox, The Brew That is True 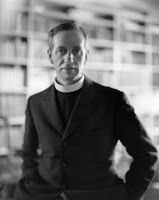 "Well," you say, "that's all ancient history. It's got nothing to do with us; the sort of problems which bothered people early in the sixteen century don't bother us." Well, in a sense that's true. Nobody bothers nowadays about the King, God bless him, being Head of the Church in England. It tickles the English citizen to read in the paper that their Majesties attended divine worship yesterday at Sandringham. "Sooner it was them than me", he reflects; but on the whole he rather likes the Church of England to be part of the set-up of monarchy in this country; it gives him a solid sense of prosperity. But as to King George being supreme Head of the Church, he bothers about it as little King George himself. In that sense, the whole controversy which cost More and Fisher their lives is a dead controversy now. But in a more general sense, we haven't nearly finished with it. It was all part of that general attack of Satan against the Catholic Church, which started immediately after our Lord's death, and is going on still (emphasis added).
Satan, like so many half-educated people, likes to be thought original, but he's really repeating himself all the time in slightly different ways. You will find that about your own temptations, if you look into them; you imagine at first sight that he's really pulled off something absolutely new on you, and then, when you trace it back a bit, you find it was just the same old story, the same kind of pride, the same kind of carelessness, which had landed you several times before. And so it has been with his grand attack on the Christian Church. For the first few centuries it was the Roman emperors that were the trouble; Christians were persecuted because they wanted to worship God instead of worshipping the Roman emperor. The Roman Empire fell, and there was a pause, a good long pause, and kings began to become important all over Europe; so Christians like St. John and St. Thomas were persecuted because they wanted to obey God instead of obeying the king. Nowadays, kings are at a discount, and the modern world has started to worship a dreadful thing called the State. Fascism or Communism, it's all the same thing really; it's just worship of the State. And because they hold out against this worship of the State, because they won't let the State dictate to them how they are going to worship and how the Church is going to be organized, people are being killed now all over Europe. We heard plenty about it when it was the Nazis who were doing it; we don't hear so much about it now that it isn't the Nazis. But the thing is going on; more and more the shadow of atheism is falling over the whole of eastern Europe. And it is quite on the cards that within your lifetime the main strength of the Catholic Church will lie in the English-speaking countries; the very countries we have been accustomed to think of as Protestant! France, Spain, Italy, Belgium, - you can't bet what is going to happen there. It's quite probable that you, later on, will find yourself having to pull your socks up, and help to save the Catholic Church, humanly speaking, from going under. (The No-Men will conclude in Pt. 4)
- Ronald A. Knox
Posted by Athos at 10:01 AM No comments:

Labels: Fighting the Good Fight, Ronald Knox, The Brew That is True

A Great Day for the World 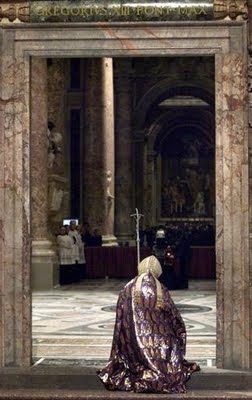 (Images fr. Whispers in the Loggia, & Intentions for Month of May)
Posted by Athos at 12:59 AM No comments: