All other systems (besides the Catholic faith) at some point and in some way attack the idea of free will. And when they attack free will, they attack human dignity. One of the reasons for Chesterton's greatness is that he always defends freedom and dignity. He argues that nothing is inevitable. We need never surrender to this or that set of circumstances, to social forces, to biological determinism, to history, or to fate. This is the essence of freedom.

Modern(s) think freedom means breaking the rules, but, as Chesterton points out, freedom means exercising free will to obey the rules. Without freedom there is no such thing as obedience and responsibility. We are not forced to obey. We choose. That is what gives us our dignity. We make a vow by choice. Freedom means keeping the vow, no matter how difficult, not breaking it, no matter how compelling.

The world, of course, thinks that a person who becomes Catholic gives up his (or her) liberty. But, as Chesterton says,

Tell a Catholic convert that he has lost his liberty,
and he will laugh.
Posted by Athos at 3:41 PM No comments: 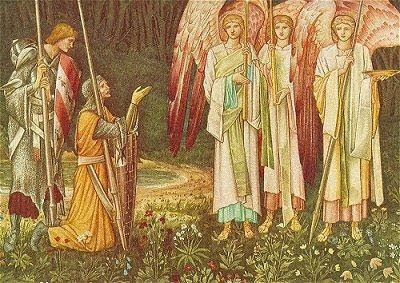 Vision of the Holy Grail - John Henry Dearle
Posted by Athos at 11:47 AM No comments:

Goood question, Mark.
Posted by Athos at 6:28 PM No comments:

Ahlquist - Fear of the Catholic Church

From a book I admire, Dale Ahlquist's The Apostle of Common Sense, comes Ahlquist's commentary on Chesterton:

The real reasons that prevent people from becoming Catholic are not the lies about the Catholic Church but, rather, the truth about it. There is a fear, not of the vices of the Church, but of its virtues. For example, the fear of the confessional. A religion that has, as one of its foundations, the confessing of sins is a religion that deals in truth. The fear of course is unfounded, for the penitent finds that the confessional is a place of mercy and gigantic generosity. Still, a very real fear remains of the Church's reality. This is a Church that tells us clearly to whom we are responsible and for what. The rest of the world finds such clarity not just uncomfortable, but frightening ... That fear can be most intense when we know the facts rather than the falsehoods, and we know that the last step is entirely up to us.

G. K. Chesterton's What’s Wrong with the World although non-fiction contains three fictional characters, Hudge, Gudge, and Jones. Hudge is the "energetic progressive," a socialist. Gudge is the "obstinate conservative," an industrialist-capitalist. Hudge is Big Government. Gudge is Big Business.

And who is Jones? Jones is a common man. He married for love. Considers home the only place of real liberty. And he hopes to live long enough to become a great-grandfather one day.

The trouble is, says Chesterton, Hudge and Gudge both conspire to unhinge Jones by taking away his property, his dignity, and his independence. Remember: What's Wrong with the World was written in 1910 - it might have been written today.

Chesterton says Hudge and Gudge have led western man Jones to accept industrialism and collectivism not as ideals, but as "necessities". It is "the huge modern heresy of altering the human soul to fit its conditions, instead of altering human conditions to fit the human soul."

Which, of course, is precisely what Hudge and Gudge want.
Posted by Athos at 10:52 AM No comments: 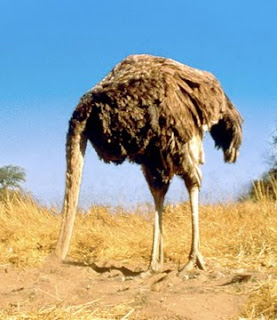 As much as the MSM, the Last Self-Help Administration, and basically everyone who is out to prove that he or she went to college wants to stick their proverbial fingers in their ears, and shut their eyes to the realities of the Scimitar, the ugly realities remain.

It is fine to say that we Christians have to emphasize our deficits, our lack of catechsis, our woe-begotten and deplorable stumbling efforts at virtue, chivalry, and holiness. That is completely true. It is of a piece with the reason that the Catholic faith subscribes to the doctrine of infallibility. We believe in infallibility because we are such woe-begotten sots. If it weren't for the guarantee of the Holy Spirit to keep and sustain the truth within the Church, we'd really be lost because that it is all infallibility means.

If we want to understand the Scimitar, pray for its religionists, deal with it in real-time, we must stop shutting our eyes to its beliefs, its tenets, its presupposition. After all, as René Girard recently pointed out,

Even though there are no longer any archaic religions, it is as if a new one had arisen built on the back of the Bible, a slightly transformed Bible. It would be an archaic religion strengthened by aspects of the Bible and Christianity. Archaic religion collapsed in the face of Judeo-Christian revelation, but Islam resists. While Christianity eliminates sacrifice wherever it gains a foothold, Islam seems in many respects to situate itself prior to that rejection.

Put that in your pipe and smoke it.

And the Scimitar is huge and growing. And it is not assimilating itself into the cultures into which it immigrates.

These are simply facts, indicatives, not normatives. But they are facts before which we should not, we cannot and must not, close our eyes to any longer.
Posted by Athos at 3:26 AM No comments:

Return to the Truth 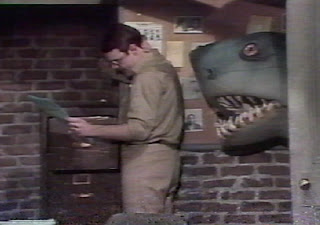 Fr. John Zuhlsdorf reports - and comments on - the findings of the Catholic League and the

New York City, N.Y., Aug 11, 2009 / 02:36 pm (CNA).- Health care reform is hitting a wall, claims Catholic League president Bill Donohue, and if you want to know why, the answer is opposition to coverage for abortion.

According to Donohue, President Obama has thus far refused to ask Congress to pass an amendment to exclude abortion coverage from public funding because Obama is so committed to making the procedure more available.

Echoing observations made by pro-life advocates, the Catholic League president notes that only 35 percent agreed with Obama on allowing funding of abortions overseas and that a later Gallup poll found that a majority of Americans now consider themselves pro-life.

Despite these findings, Donohue charges that the president and his staff are so extreme that they are "apparently willing to sink health care reform before ever excluding abortion from the final bill."

As it tries to deal with the public backlash against the various health care proposals, the White House has created a "Reality Check" section to answer objections people have to the bills.

Noticeably absent from a list of objections that includes rationing, euthanasia, veteran’s care and private insurance, is the issue of taxpayer funding for abortions, notes Donohue. "There’s a reason for that—every time an amendment has been introduced to formally exclude abortion, it has been defeated." More>>>

Not only is Catholic truth under attack by a divide and conquer strategy of the Last Self-Help Administration, so is the family, more unborn babies, and, ipso facto, common sense. All under the aegis of so-called "progressive" humanism.

The public have so long given up on any politician telling the truth, that the Administration just goes ahead and lies, like the "Land-Shark" of old Saturday Night Live shows - whatever it takes to get their agenda through. After all, our chief executive has said plainly the culture wars are over - he is going to cut the Gordian knot - or so he thinks.

G. K. Chesterton once said, "(Moderns) are always saying, 'You can't put the clock back.' The simple and obvious answer is, 'You can.' The clock, being a piece of human construction, can be restored by the human finger to any figure or hour. In the same way society, being a piece of human construction, can be reconstructed upon any plan that has ever existed."
But first there must come a moment of reckoning, of coming to our collective selves like the Prodigal Son in the far country slopping the pigs (Lk 15). We must realize the unwarranted worship and idolatry of human desire is sheer folly and, more often than not, evil.

What we must return to is the revealed truth of the Bible, the Church's Tradition, and of Our Lord. Modernism, secularism, paganism, and idolatry have been wanting and have failed too often in the last sad 300 years. Christendom must awaken again and trudge home to the Father's House.

And I don't care who the devil knows it, including, I might add, the devil. It may interest those who not only do evil but lead others to join them that the devil normally breaks his tools when he is finished with them.
Posted by Athos at 3:25 PM No comments:

It is a Dream I Have 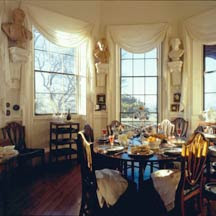 And now, sarcasm, lunacy, and all manner of vices be gone! I wish to speak of higher things.

An unspoken reason that the American Revolution occurred, it seems to me, was the camaraderie yet individuality of its leadership. What comes to my mind at present is the sniping that goes on within and among allies of what Pope John Paul II the Great coined to be a new springtime of evangelization.

What if we had busts of one another - our contemporaries and brothers and sisters in-arms - to fill the niches of our "Tea Rooms", as Thomas Jefferson did:

Jefferson referred to the room as his "most honorable suite" because in it he displayed many likenesses of his friends and American heroes, including busts of Franklin, John Paul Jones, Lafayette, and Washington; the room had a reading and writing arrangement perhaps similar to the one Jefferson kept in his Cabinet; at one time the room had a stove in a semi-circular niche in wall.

There I would have a bust of Mark Shea; there Dymphna; there Gil Bailie; there my fellow Mass'keteers - sort of a Mt. Rushmore effect, you see - Aramis, D'Artagnon, Porthos; there the great man himself, René Girard, and a host of other fellow worthies.

All doubling rivalry merely a post-lapsarian trifle as we fight the good fight of the Church Militant with our many gifts, graces, differences, yet common allegiance to Our Lord and Our Lady and Pope's men (and women) all. 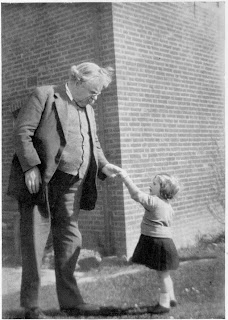 Men invent new ideals because they dare not attempt old ideals. They look forward with enthusiasm, because they are afraid to look back.

Running from death threats .. in Ohio

I know: that adieu / hiatus didn't last long. Did the prophet Jeremiah ever waffle? Probably not.

Nonetheless, I strongly suggest you watch and listen to the young convert from the Scimitar to the Christian faith in this video. She understands the Scimitar first hand.
Posted by Athos at 4:05 AM No comments: 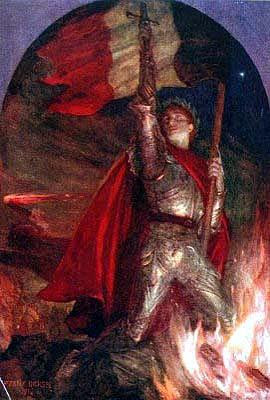