I heard Colby King on Inside Washington last night say in no uncertain terms that the Tea Party phenomenon IS the same phenomenon that George Wallace harnessed in the 60's. Charles Krauthammer called his statement "slander". I agree. Watch. Decide for yourself:
Posted by Athos at 2:55 PM No comments: 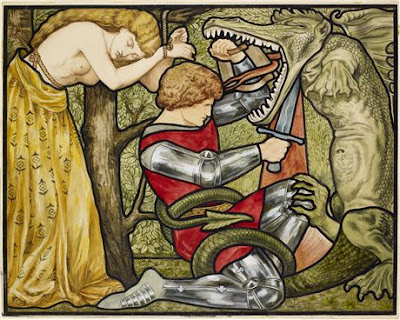 Allen - Brew That is True

For the record: John Allen's must-read and inimitable commentary on the "moral panic" and the pot-stirrers -
(a) Can a teaching Pope get his house in order?
(b) Don't be daft - you can't put the Pope on trial
(c) Sociologist compares today's crisis to Nazi smear campaign
Posted by Athos at 5:00 AM No comments:

Labels: Reality Check, The Brew That is True

The drunk driver has the right of way

When it comes right down to it, we will find that the direction the Last Self-Help Administration has taken the United States of America so far has been determined by monstrous ego. Health Care Reform, so-called, regardless of whether or not one subscribes to the Doctrine of Original Sin, is not only new and untried, but as anyone with a lick of sense knows, not foolproof.

While a small federal program might have covered the +/- 30,000,000 Americans not covered previously by health insurance, a new, untried, and hardly foolproof program will now begin its new wheels a-turning that purports to cover ALL Americans. That means, gentle reader, that everyone will be liable to its creakings and groanings and mistakes and botches and misfittings and errors and (fill in blank).

Only a leadership that does not care a whit for all Americans would do this new, untried, and hardly foolproof thing to ALL its citizens ... just because. It is the difference between belief in ideological collectivization on the one hand, and a humility that is clearly lacking in this hubris-filled, power-drunk Adminstration.

And the drunken driver at the wheel of this juggernaut, as we - and he - know, has the right of way.
Posted by Athos at 3:53 AM No comments:

He may think John Zmirak can really write (I do, too), but I think Mark Shea really does in his Inside Catholic article on the Mysterious Get Benedict Society.
Posted by Athos at 1:31 PM No comments: 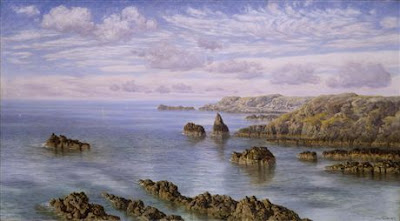 A. West - Scimitar Goals and History

For the record: Lt. Col. Allen West on the Scimitar via the Creative Minority Report boys.
UPDATE: Wherein we hear what Lt. Col. West plans to say to Speaker Pelosi.
Posted by Athos at 2:35 AM No comments:

Sanity from Down Under

Sydney's Morning Herald writer, Miranda Devine is a straight shooter and clear seer in her Evildoers, not Pope, to blame. (H/t: Father Z) She writes:

The process is not unfamiliar to people who have lived under communist rule when destruction of the church was a goal.
Professor Piotr Jaroszynski from Poland's Catholic University of Lublin has written in the Catholic country's mass newspaper that the offensive against the Pope is recognisable particularly to Poles who lived under communist rule. "It has elements that have been very well planned, rational to the extreme, but at the same time there is a singular hatred for Catholicism hidden under concern for victim."
The struggle against religion has taken the form of a new religion. Its new priests "find their greatest ideological enemies in priests, religious brothers, and sisters. They cannot physically destroy them (as was done in communist countries), so they try other methods."
What is the motive: to destroy the credibility of the strongest moral voice left? Would the world be a better place without the Catholic Church? Without Christianity? That is the end point of this game, which should frighten everyone, whether religious or not.

None feel so righteous as scapegoaters when they have a victim in sight and accused. But the destruction of the Christian faith in general and the Catholic Church in particular, the head of which is the Holy Father, is the goal of these enemies of truth, goodness, and beauty.
Posted by Athos at 1:51 AM No comments:

As Yvonne succumbed to cancer, she allowed her friends and family to become more Christ-like in love.
Posted by Athos at 3:10 PM No comments:

Off Their High Horses

What happened to the kinds of editorials once so common in American newspapers? You know the sort: "It's high time So-and-so realize s/he isn't above judgment. S/he had better start realizing it before s/he gets knocked of her/his high-horse. After all, every one of will have to face a time of reckoning, if not in this world then in the Next."

This goes, in particular, for elected representatives of our government on both sides of the aisle. I am not asking for "citizens' arrests" of some kind or another. Rather, I am speaking about the kind of common sense that once not only prevailed in American society, but was, in a sense, its hallmark; a trait we see in a diffuse, unfocused way in the rather unfortunate phenomenon known as "Tea Parties" these days.

The trouble with Tea Parties is that politicians have become too sophisticated in the ways of media exploitation and manipulation, quickly (and all too easily) branding them "racist" or other accusations that turn sympathy away from them and toward their (supposed) "victim". The trouble with this cool, snarky bit of sophistry is that it lends itself to that kind of hubris we now see in our present-day politicians in office.

I would simply like to see newspaper editorials once again appeal to a moral authority beyond that of focus groups or the set of values of any - ANY - group right or left, Democrat or Republican, etc.

I had better not hold my breath.
Posted by Athos at 4:13 AM No comments:

The worthy cardinal recommends we come visit the holy shroud; it may be visited until 23 May. Would that we could.
Posted by Athos at 2:00 AM No comments:

'We are bad listeners'
The Jerusalem Post's Alon Goshen-Gottstein expresses precisely what I have thought and felt since I read the text of Father Raniero Cantalamessa's extraordinary Good Friday homily to the Holy Father here.
Posted by Athos at 1:44 AM No comments:

For the record: Looks like I'm making my first retraction. And I am happy to do so.
Posted by Athos at 4:09 PM 1 comment:

Wise as Serpents, Innocent as Doves

(-bumped to the top- Expect to see this 'bumped' from time to time)
We must have our eyes wide open. As Our Lord admonished us, we must be "wise as serpents and as innocent as doves" (Mt 10,16). The same few men who now occupy the Oval Office, who have strived so hard to obtain so much power and control over the fate not only of this once-great nation but also others so indelibly influenced by the true biblical spirit, are now - if one were to follow the minute yet certain threads of power and control - are now trying their best to tear down and destroy both the credibility and the influence of the sacramental presence of Christ in our world; namely, the Catholic Church.
Like Elizabeth and Lord Cecil (Burghley) in the reign of Tudor terror in England, there is very little these power-mongers will not do, strings they will not pull, to try their utmost to undo the epistemological, anthropological, and theological allegiance of millions of Catholics in this and any other country that happens to be within earshot or readership of their onslaught against Christ's "one holy catholic and apostolic Church."
Read Evelyn Waugh's Edmund Campion. Watch Michael Wood's In Search of Shakespeare. Understand that "Bloody Mary" was a blip on the continuum of religious persecution compared with the model for the modern police state that was conducted behind the skirts of Queen Elizabeth, while hanging, having one's "privy parts" cut off and entrails roasted before your still living eyes, then being quartered was the norm of those sentenced to death at Tyburn Tree.
But our modern Lord Cecil and associates want nothing other than complete and monolithic power. "Whatever it takes" is the pragmatic motto of these officer-class ubermensch leaders. And they are confident they can do it.
Our response must be that recommended by T. S. Eliot in The Four Quartets: "prayer, observance, discipline, thought and action" and in that order. Or, as Gil Bailie quotes John Paul II as having quipped: "We ha(ve) two choices: a practical one and a hopelessly naive mystical one. The practical one (is) to fall on our knees and pray for the interecession of Our Lady of Czestochowa. The hopelessly naive one (is) to organize a meeting of politicians and bureaucrats."
You know me: engage in Marian chivalry. And never let go of your faith, hope, and charity - even toward these power-mongers who are forgetful that they must stand before Our Lord on the Day of Judgment. They, too, are forgetful that the Devil tends to break and throw away his "tools" when he finishes with them.
Fight the good fight! Pray! Love! And be Pope's men - and women - all.

The Knights of Columbus invite us to pray a special Novena for the Holy Father and our Catholic Church beginning yesterday, Divine Mercy Sunday. Catch up now and start praying!
Posted by Athos at 1:44 AM No comments: 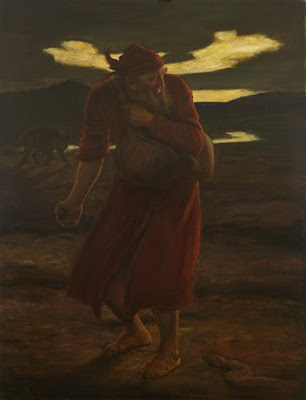 Truth Shall Set You Free

For the record for Divine Mercy Sunday: Steve Kellmeyer's Is the Times a-changing?
Posted by Athos at 2:56 AM No comments: