When one has a considerable bone to pick with one's mentor, René Girard maintains via mimetic theory, it is entirely possible if not probable that this crisis will escalate into what he calls "the problem of the doubles." After seeing the mentor as a near-transcendent figure who can do no wrong, the admirer - who perhaps has been thwarted by his or her mentor figure in some way - now sees the former model as an envied or despised rival.

To preclude this crisis, it may happen or has happened that the admiring one will foist these hostile feelings onto a lesser figure. The cost is simply too great to lose the mentor/model. But a lesser person is, shall we say, expendable. This transference of hostility has the psychological advantage of maintaining the relationship between the model and the admirer, at least for a while longer.

Blessedly in all this, the Christian faith has in its patrimony the element of forgiveness. For whatever reason such human "funny business" is part and parcel of all of our lives. The culture of shame, recrimination, acrimony, and acerbity is for other peoples, other archaica. Once one has been around the block several times oneself, one sees and recognizes that same funny business in oneself and is much more likely to forgive others rather than to project animosity and blame.

In short, the faith which has Saint Peter as her first Pope (who heard the rooster crow and experienced soul-searing remorse) needs to raise up men (and women and youth) who forgive with a glad heart.
Posted by Athos at 2:59 AM No comments: 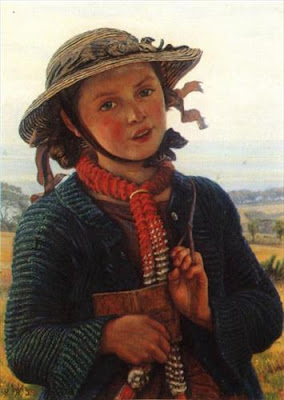 For the record, a fine essay on the Holy Father's recent encyclical in the WSJ -

In his much anticipated third encyclical, Caritas in Veritate (Love in Truth), Pope Benedict XVI does not focus on specific systems of economics -- he is not attempting to shore up anyone's political agenda. He is rather concerned with morality and the theological foundation of culture. The context is of course a global economic crisis -- a crisis that's taken place in a moral vacuum, where the love of truth has been abandoned in favor of a crude materialism. The pope urges that this crisis become "an opportunity for discernment, in which to shape a new vision for the future."

Yet his encyclical contains no talk of seeking a third way between markets and socialism. Words like greed and capitalism make no appearance here, despite press headlines following the publication of the encyclical earlier this week. People seeking a blueprint for the political restructuring of the world economy won't find it here. But if they look to this document as a means for the moral reconstruction of the world's cultures and societies, which in turn influence economic events, they will find much to reflect upon.

Caritas in Veritate is an eloquent restatement of old truths casually dismissed in modern times. The pope is pointing to a path neglected in all the talk of economic stimulus, namely a global embrace of truth-filled charity. More >>

Telling Truth is not Scapegoating

Sadly, some believe that speaking the truth constitutes "scapegoating". This is not true unless we say that delineating between good and evil actions is scapegoating. If so, then relativism has won, and Catholic truth is relegated to silence once and for all.

But you won't find that mistaken attitude here at Chronicles! Truth, goodness, and beauty live, me hearties! And I don't mind pointing a finger to say so, even if liars, evil-doers, and plug-uglies feel "victimized" by my doing so.

After all, how can a sinner repent unless s/he has heard that there IS something as a sin?

In that vein, I give you the following:

Cardinal Antonio Cañizares Llovera, the prefect of the Congregation for Divine Worship and the Discipline of the Sacraments, blasted Spain’s abortion laws during a July 20 lecture in Madrid. Referring to the 47 million surgicial abortions that take place annually, Cardinal Cañizares called abortion “something unprecedented in the history of humanity.” Emphasizing the penalty of “immediate excommunication,” the cardinal added, “This practice is a crime, the killing of a human life, an innocent, weak and defenseless human being. Is there any other greater atrocity?” More>>>

If the good cardinal's indictment is "scapegoating" abortion-advocates, then I stand with him, not the silencers.
Posted by Athos at 3:25 AM No comments:

Bi-Czar Goings-on / Who can unite

So much for the "great uniter" ... What would unite us? A truly transcendent Person?

Yes. The "Lamb slain since the foundation of the world." 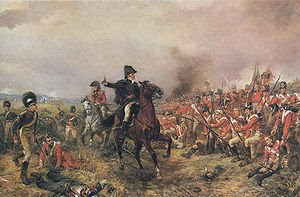 Let me begin by telling you that two of 50 million children taken away by abortionists since 1973 were mine. I can still see them in my mind's eye.

Like many black women, I once believed the doctor who told me my babies were no more than "a blob of tissue." I wanted to believe it. Eventually, I realized I was wrong, that I was a secondary victim of abortion. I repented and found healing through God. Today, I work in the civil rights movement of the our century -- the right of every one of every race to live.

I am asking you to join me. Let me tell you why. Abortion and racism are evil twins, born of the same lie. Where racism now hides its face in public, abortion is accomplishing the goals of which racism only once dreamed. Together, abortionists are destroying humanity at large and the black community in particular. MORE >>>

Now here's the thing: the current Administration has stated that "the culture wars" are "so 90's". What this means in Obama-speak is that they are taking no prisoners. Do the change quick. Don't think. Just do it. Now. Fast. Then don't think about it again. Or else.

Well, Mr. President, No. The culture wars are NOT "so 90's". And they will not be over as long as those who know that true freedom, true happiness, true human Joy is obedience to and faithful, hopeful, loving belief in Jesus Christ and His revealed Truth vouchsafed by the Catholic Magisterium. Your project, Mr. President, is merely the next humanist effort to supplant that Catholic truth and it, too, will fail just like the others that tried and failed.

And there are many chivalrous souls who will make sure you discover that. I am one of them. And, apparently, so is Dr. Alveda King. Bravo for her.
Posted by Athos at 8:32 AM No comments:

"Do you believe in archangels?" asked the bedraggled, tallish man outside my Norfolk, Virginia church.

I had been shoveling snow off the steps when he appeared. He asked the way to the homeless shelter and I pointed out the direction. He literally held his hat in hand and seemed pained to asked me for a bit of spare cash.

I went inside pretending to go to the church office to fetch it out of a cashbox; in reality, I took it from my pocket. I went back out and gave it to him. He thanked me, bowing his tall, lanky frame.

He said goodbye then asked, "Do you believe in archangels?"

I felt the hairs on my arms stand up and prickles run down my spine. "Yes," I replied, "and guardian angels, too." I returned to my shoveling and he walked away.

Christianity Today features an article by Dinesh D'Souza, The Clash of Stereotypes - A recent survey reveals what Muslims detest most about the West.

Esposito and Mogahed's analysis shows that Muslims fear that "Islam is under attack" and that the West is leading that attack. In addition, while most Muslims don't support theocracy, they do want religion to have an important role in shaping their private and public lives. Even Shari'ah, with its draconian provisions against theft and adultery, enjoys wide support among Muslims, at least in the domestic sphere.

To understand these seemingly contradictory currents, it's helpful to distinguish between two types of liberalism. One is the classical liberalism of the American founding. Call this Liberalism 1, which is reflected in such principles as the right to vote, to assemble freely, to trade with others and keep the fruits of one's labor, to practice one's religion, to tolerate different political and religious views, and so on.

Then there is the modern liberalism that developed in the West after World War II. Call this Liberalism 2, which is characterized by the right to blaspheme, pornography as a protected form of free expression, the exclusion of religious symbols from the public square, the right of teenagers to receive sex education and contraceptives, the right to abortion, prostitution as a worker's right, and so on.

The data show that the vast majority of Muslims support Liberalism 1 while rejecting Liberalism 2 ... More >>>

The Faith is never truly held unless it is held in challenge. The young man must get rid of what he has been merely taught and then rediscover it for himself. If he doesn't do that it isn't really his. It's not worth having.

The Faith, the Catholic Church, is discovered, is recognized, triumphantly enters reality like a landfall at sea which first was thought a cloud. The nearer it is seen, the more it is real, the less imaginary: the more direct and external its voice, the more indubitable its representative character, its 'persona', its voice. The metaphore is not that men fall in love with it: the metaphor is that they discover home ... It is the very mould of the mind, the matrix to which corresponds in every outline the outcast and unprotected contour of the soul. It is Verlaine's 'Oh! Rome - oh! Mere!' And that not ony to those who ahd it in childhood and have returned, but much more - and what a proof! - to those who come upon it from the hills of life and say to themselves, 'Here is the town.'

Alas. My generation - it shows.
Posted by Athos at 6:40 PM No comments:

For the record, Father Anthony J. Brankin holds forth on The Cult of Ugliness in America. [ht: Spirit Daily]

It's All About Me - Per me dur

It is a joy that the principle of ex opere operato holds regarding the Sacrifice of the Mass. I assisted at Mass in a rural Virginia parish today.

It was a Marty Haugen festival, with off beats and syncopation galore. The choir practiced the complete 20 minutes in the church prior to the liturgy (no time for praying in silence here). The priest got a good guffaw with his opening joke during the homily. And a good time was being had by all.

But it rankles when the priest does not KNEEL before the consecrated Elements. He gives a little bit of a silent bow ... Hmmmmm.
Posted by Athos at 5:28 PM No comments: