The Annunciation - Edward Reginald Frampton
Posted by Athos at 5:00 PM No comments: 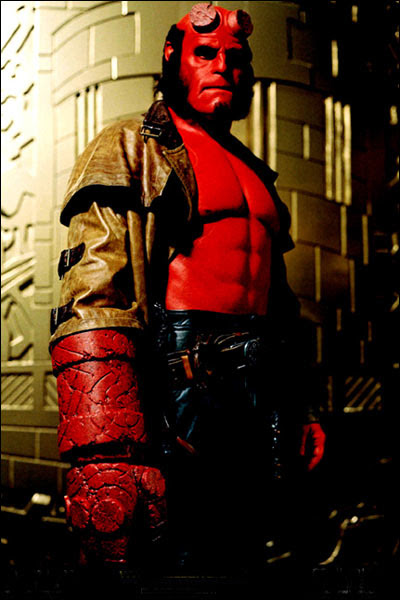 A yearning for heroes, for courage, for chivalry ... in an age of anti-heroes. We may not believe these virtues are possible anymore, having been thoroughly disillusioned by what Paul Ricoeur called the hermeneutics of suspicion, as well as our own relativist and downward spiraling of behavior toward one another.

Collectively, Europe has felt this despair since World War I. It took the United States till the sacrificial preparation and frenzy of the 1960's - Vietnam, the Nixon White House, Woodstock, the prestigious human sacrifices of JFK, MLK, Jr., RFK - to catch up in the despair department.

But now we're in a new century. Is the human race more hopeful? Hardly. Now in the neo-pagan West we're busy about the transvaluation of all values, setting marriage, family, sexuality, animal rights, etc. on their ears in weirdly merry efforts to make nihilism into normalcy.

Girard, of course, pegged this as "the crisis of distinctions" in his social and psychological taxonomy of the primitive sacred. Those kicking away prohibitions and taboos are as pleased as rain forest cultural throwbacks at first seeing their reflections in a hand mirror, cooing and grimacing at their false self seen staring back at them in pagan worship of concupiscent desires.

We may not believe virtue can any longer exist, but we wish it did. Maybe now is the time for the Prodigal Son (Lk 15) of western civilization to "come to himself." Maybe it is time for those wallowing in hog slop to look up and recall that the Catholic faith teaches that there is a solution to our despair, our mortality, our sin. It recognizes our fallen state in Original Sin, our need for a Savior, the grace of God in providing a Savior - Jesus Christ the Lord, and the grace can provide us to live again in the virtues of faith, hope, and charity.

Signs exist that we long for, yearn for something far greater than neo-pagan, nihilistic gutter life. The question is, will the West find what created and made Christendom great before we either fall into final cultural collapse or succumb to the Scimitar's sharia?
Posted by Athos at 2:59 AM 2 comments:

Brad Thor's newest NYT bestseller, The Last Patriot, is a highly readable entrée to the global realpolitik of the aims of today's sophisticated counterterrorism efforts and the centuries-old struggle between fundamentalist Islam and the West. Thor gives creative twists (with explanatory notes at the end of the book where fictitious liberties were taken) and real time history lessons in this thriller. You will understand much more clearly why U. S. Marines sing proudly about serving their country " ... to the shores of Tripoli" and speak of themselves as "leathernecks" when you have finished this important read.

This reviewer gives it Thumb Up.
Posted by Athos at 4:30 PM No comments:

American brothers rescued from Pakistan Taliban madrassa, as reported by CBS Morning News. A word to the wise: NBC Today Show, stop with the 'We Follow Oprah' fluff.
Posted by Athos at 5:10 AM No comments:

It is wonderful to see the way that chivalry is a laudable virtue for today. May Our Lord and Our Lady help more today come to pray and work, ora et labora, for a faithful, hopeful, and loving renewal of Christendom.
Posted by Athos at 4:01 AM No comments:

As a guy who found a slew of superb suits at a Goodwill Store for $15 each (taken there apparently by someone whose waist had grown past a size 34) with names like Hart, Shaeffer & Marx, Botany 500, and Hickey Freeman, I applaud the New Frugality as reported by Allison Linn of MSNBC:

Now, as the reality of a down economy begins to sink in, experts say consumers are starting to embrace the simple life: staying close to home, cooking more, planting a garden and even delighting in bargain hunting. Some retailers, trying to make the best of the situation, have begun looking for ways to latch onto the trend as well.

“Being frugal is not anything to be ashamed of. It’s just the way of life,” he said. “It’s something you have to do to, if not to beat the system, then to keep up with it.”

Read all of Is Frugal the New Black? - As down economy sets in, some are embracing the simple life. By the way, with a $15 charge for alterations and dry cleaning, I like my suits very much.
Posted by Athos at 4:28 PM No comments:

Labels: Easy Does It 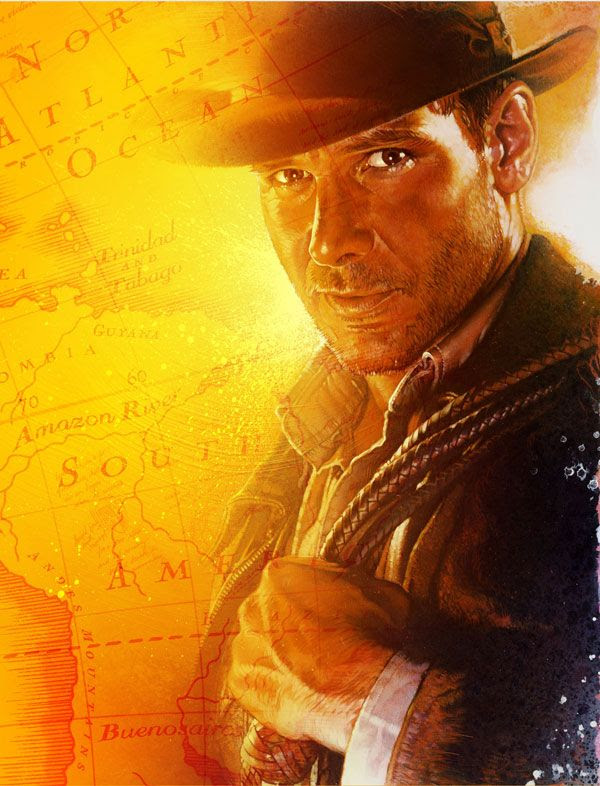 Earlier, I posted Cache Questions Koran Cohesion from an article in the Wall Street Journal. It dealt with a secret stash of photographic evidence that calls into question the unity of the Koran that is staple in the belief system of Islam. Really cool stuff.

Now, more information has become available and, in the words of a friend, "No one could make this stuff up!"


Islam watchers blogged all weekend about news that a secret archive of ancient Islamic texts had surfaced after 60 years of suppression. Andrew Higgins' Wall Street Journal report that the photographic record of Koranic manuscripts, supposedly destroyed during World War II but occulted by a scholar of alleged Nazi sympathies, reads like a conflation of the Da Vinci Code with Indiana Jones and the Holy Grail.

The Da Vinci Code offered a silly fantasy in which Opus Dei, homicidal monks and twisted billionaires chased after proof that Christianity is a hoax. But the story of the photographic archive of the Bavarian Academy of Sciences, now ensconced in a Berlin vault, is a case of life imitating truly dreadful art. It even has Nazis. "I hate those guys!" as Indiana Jones said.

No one is going to produce proof that Jesus Christ did not rise from the grave three days after the Crucifixion, of course. Humankind will choose to believe or not that God revealed Himself in this fashion. But Islam stands at risk of a Da Vinci Code effect, for in Islam, God's self-revelation took the form not of the Exodus, nor the revelation at Mount Sinai, nor the Resurrection, but rather a book, namely the Koran. The Encyclopaedia of Islam (1982) observes, "The closest analogue in Christian belief to the role of the Koran in Muslim belief is not the Bible, but Christ." The Koran alone is the revelatory event in Islam.

What if scholars can prove beyond reasonable doubt that the Koran was not dictated by the Archangel Gabriel to the Prophet Mohammad during the 7th century, but rather was redacted by later writers drawing on a variety of extant Christian and Jewish sources? Read more …. 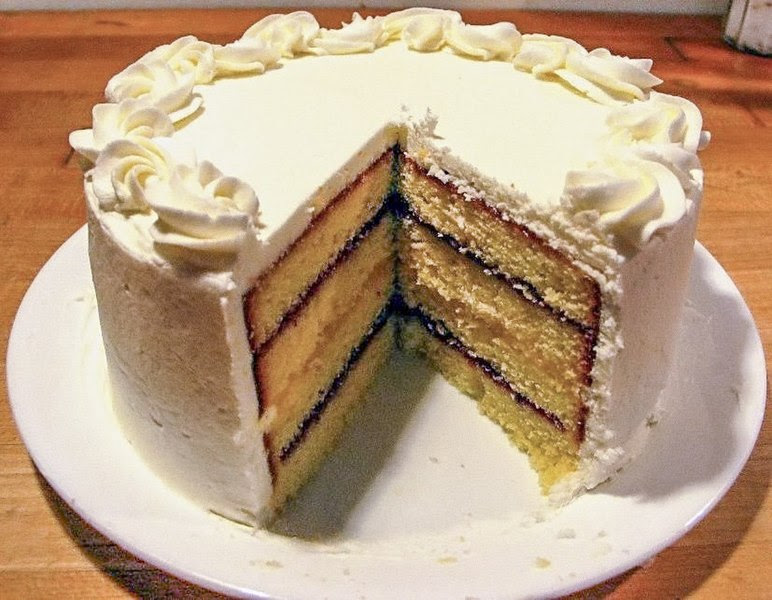 In case you missed this story over the weekend: The Sun and other agencies report 550 metric tons of yellowcake uranium worth tens of millions of dollars were shipped out of Iraq to Canada. The material was transported in 37 military flights in 3,500 secure barrels, according to the Associated Press.

Read all of Iraq’s Yellowcake.
Posted by Athos at 11:22 AM No comments: 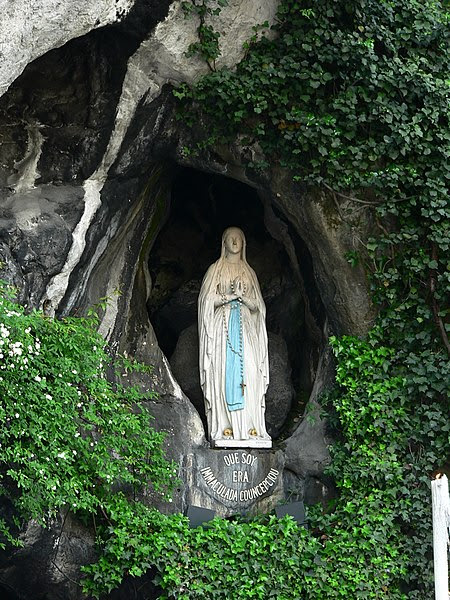 ... when our Lady stood at the grotto, the first command she gave was not, Heal the sick; was not, Convert the unbeliever. Her command was, Pray for sinners. Man's sin, that is our real malady; man's impenitence, that is the crying problem.

- Ronald Knox, Captive Flames
Posted by Athos at 4:48 AM No comments: Cat at Brits at Their Best posts on Tennyson's haunting poem, The Lady of Shalott, replete with Canadian musician Lorenna McKennitt's abridged version poem set to music on video. Enjoy.
Posted by Athos at 3:08 AM No comments:

No Babies, or, Europe as Nursing Home

Will wonders never cease. Even the New York Times deigns to notice what Mark Steyn and other Cassandras have been saying for years in No Babies?
Posted by Athos at 4:22 PM 2 comments:

Young Andrew Cusack posts a piece of doggerel from the caricaturist Oliver Herford (1863 - 1935) at his online periodical, Norumbega, entitled G. K. Chesterton views the sunrise
Posted by Athos at 3:23 AM No comments: