As I have said before, the twin pincers of paganism today aim generally at Christian faith and morals and at the Catholic Church in particular.
Posted by Athos at 4:01 PM No comments:

On today's EWTN program, The Good Fight, Gil Bailie was interviewed by Barbara McGuigan. A lively discussion ensued. It might be summarized by the observation of the great German theologian, Hans Urs von Balthasar:

History consists of the mutual intensification of the Yes and the No to Christ.

The work of Marian chivalry is saying "Yes" to Our Lord as Our Lady said her "Yes" to God's invitation at the Annunciation. Bailie pointed out that this entails at times, as Christians, saying "No" to the advocates of the culture of death and the spirit of the age. But this is a tricky undertaking. We aren't to engage in a food fight - read: become mimetic rivals. If this happens, we have lost already.
We witness this in bipartisan bickering. The political party in power gets to say, "We won," smile beguiling smiles, and set the terms of discourse ... as their rivals gnash their teeth and throw spit balls.

"Fighting the good fight" for people of faith in Our Lord means saying "Yes" to Christ our Lord and saying "No" to those who reject Him, and His revealed Catholic truth of faith and morals in such a way that behind our "No" to them will (we hope) shine charity rather than mimetic enmity and concern for the victims of the spirit of the age and culture of death.

Hard work this. But such Marian chivalry practice with faith, hope, and charity is the vocation of all living in these days.

One last note: I found Bailie's responses to McGuigan's and callers' questions very distilled, concise, and, as usual with all of his work, profoundly helpful to our current situation. For more resources from Bailie and René Girard, see the sidebar at Four Mass'keteers (scroll down to Mimetic Theory & René Girard).
Posted by Athos at 3:41 PM No comments: 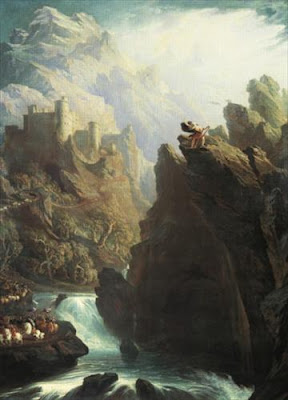 The Scimitar's absolute need for their model rival, Judaism, here.

From usurping Friday as their holy day so as to beat the Jews and Christians to the weekly punch, to their belief that their fighting with the Jews is "eternal", adherents of the Scimitar admit their utter need for a rival whom to imitate and loathe simultaneously.
Posted by Athos at 3:50 PM No comments:

What if a puer were elected to the presidency of the United States; a one-time waif who, blessed with a superb mind, carries emotional scars emblematic of personality disorder - "a pervasive pattern of grandiosity, need for admiration, and a lack of empathy."

With the near-limitless resources afforded the office, this person could take revenge on a world that shuffled him hither and yon through out his early childhood, mirroring (he thinks) the carelessness that he himself experienced: tit for tat on a vast scale.

And, as the case usually is, what if his political party is so locked in a doubling rivalry with its mirror party that vast numbers of powerful politicians, brokers, lobbyists, and cronies believe that it is better to follow his lead than admit the emperor has no clothes as the economy of the entire nation crashes and burns?

A must-read: John Zmirak's "Dark Night of the Civilization" here.
Posted by Athos at 1:57 AM No comments:

The crisis of distinctions continues apace:

In Britain, single women having in vitro fertilization will now be able to name anyone they like as their baby's father on the birth certificate.

The 'father' does not need to be genetically related to the baby, nor in any sort of romantic relationship with the father, but will have to consent to being named. The 'father' will have to take on the legal and moral responsibilities of parenthood.

Another blow to fatherhood: IVF mothers can name ANYONE as 'father' on birth certificate.

Read all of Jill Fallon's article at Business of Life here.
Posted by Athos at 3:10 PM No comments:

Worship in the Beauty of Holiness 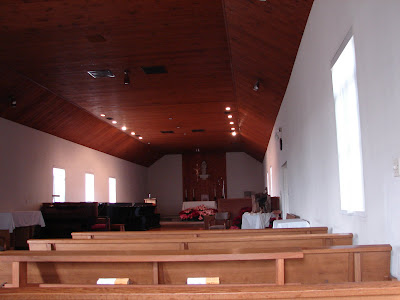 Christmastide
The Chapel - Holy Cross Abbey
Posted by Athos at 3:50 PM No comments:

Good luck with that, Newsweek.
Posted by Athos at 2:56 PM No comments: 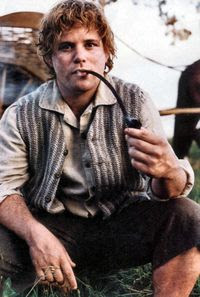 Sam: It's like in the great stories Mr. Frodo, the ones that really mattered. Full of darkness and danger they were, and sometimes you didn't want to know the end because how could the end be happy? How could the world go back to the way it was when so much bad had happened? But in the end it's only a passing thing this shadow, even darkness must pass. A new day will come, and when the sun shines it'll shine out the clearer. Those were the stories that stayed with you, that meant something even if you were too small to understand why. But I think Mr. Frodo, I do understand, I know now folk in those stories had lots of chances of turning back, only they didn't. They kept going because they were holding on to something.

Frodo: What are we holding onto, Sam?
Sam: That there's some good in the world, Mr. Frodo, and it's worth fighting for.
- J. R. R. Tolkien, Two Towers
Posted by Athos at 4:20 PM No comments:

Alan Keyes who ran against O in Illinois sees danger and speaks out here.
Posted by Athos at 3:05 PM No comments:

The Ignatius Insight interview of Gil Bailie is a fine introduction to the life and work of this "Roamin' Catholic" and "Road Scholar" here.

By the way, Bailie will on featured live on EWTN Radio Network this Satuday, 2-4 p.m. EST. Listen and call in your questions.
Posted by Athos at 4:37 AM No comments: 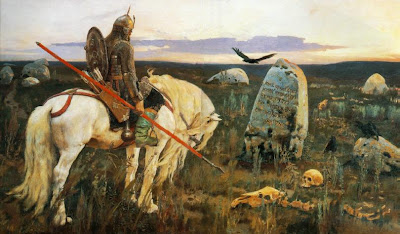 If you are interested in Byzantine labyrinths, Paul Schlicta details How He Did It: A Diagrammatic Analysis of the Obama Campaign. [ht: Maggie's Farm]

Personally, for one's sanity and soul, I rather think it is best to recall that life on earth is a Lenten Journey in what C. S. Lewis called 'Shadowlands'.

Or, better yet, it is a quest on which one must keep one's eyes on the Grail while loving God with one's whole being - and one's neighbor as oneself - in Marian chivalry, ever hoping with faith and charity to attain the Beatific Vision.
Posted by Athos at 2:35 AM No comments: 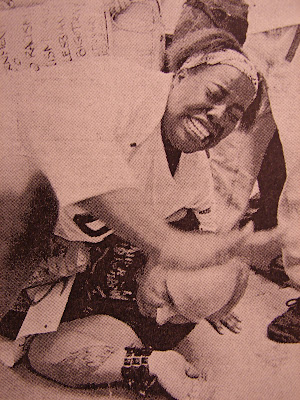 I've wanted to post this for a long time. The caption reads,

Keshia Thomas, 18, uses her body to shield a man from protesters at a Ku Klux Klan rally in Ann Arbor, Mich. A crowd had begun to beat him with sticks after spotting a Confederate flag on his jacket. "Just because you beat somebody doesn't mean you're going to change his mind," Thomas said. 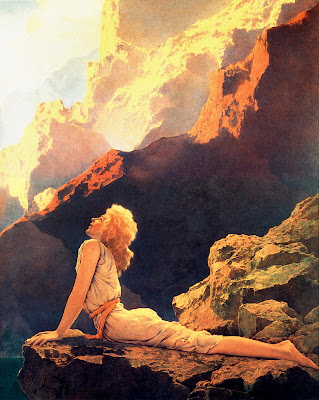 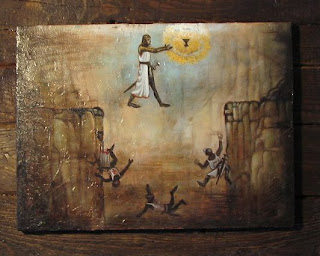 Louisiana Governor, Rhodes Scholar, policy wonk, Catholic convert - Bobby Jindal. But if the Washington Post likes him, I'm suspicious. "Put no trust in princes ... " - yet he is a man of faith, like Michael Steele.

By the way, I applaud the "Tea Parties" springing up and ignored largely by the MSM. Vvery American.

Why not hold "Church Socials" nation-wide to protest the growing wall of syncophantic infanticidal (read: child sacrifice/Moloch worshiping) social planning machinations of the Administration?
Posted by Athos at 2:33 AM No comments: