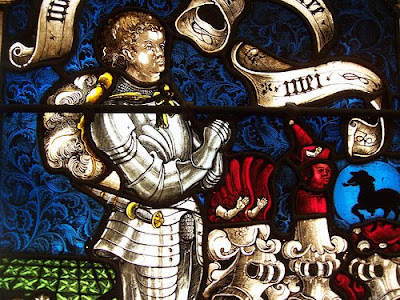 George Weigel at Catholic Exchange writes on a topic near and dear to my heart: the conversion of England.

In 1850, Cardinal Nicholas Wiseman wrote his fellow-Englishmen from Rome, announcing that Pius IX had restored the diocesan hierarchy in England and that he, Wiseman, would be cardinal archbishop of Westminster. “From Out the Flaminian Gate,” a pastoral letter longer on baroque rhetoric than ecumenical diplomacy, caused a perfect storm in Protestant England. Queen Victoria wondered whether she remained the sovereign. Lord John Russell, the prime minister, said he would rely on the good sense of the English people, who “looked with contempt on the mummeries of superstition.” The Anglican archbishop of York warned that Rome was plotting Anglicanism’s “captivity and ruin.”

As things turned out, Anglicanism proved quite capable of arranging its own sad ruin ...

Into that slough now rides Father Aidan Nichols, the distinguished English Dominican theologian. His small book, The Realm: An Unfashionable Essay on the Conversion of England, makes a bold claim about the past and a bold wager about the future: “England is in fact inseparable from Catholicism, unimaginable without it.” Moreover, Father Nichols argues, to preach, teach, propose, and invite the conversion of England is not bad manners, but true courtesy.

Read all of Converting England – And Us