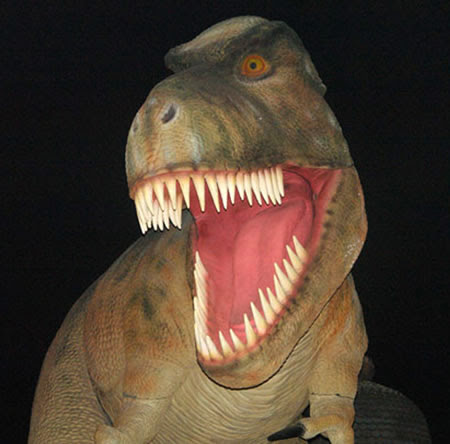 When soft tissue fragments from a Tyrannosaurus rex femur were found, it staggered the conventional understanding of scientists. If science can study blood vessels and DNA from a dinosaur that died 68 million - 68 million - years ago, can other materials be found and analyzed that has been considered lost and inaccessible?

This is obviously rhetorical question on my part. In Evolution and Conversion, René Girard writes,

...rituals are a little bit like cultural fossils, and my main evidence is ritualistic violence, even more than myths. The issue, again, is filling the gaps, and finding the overall narrative, a theory - like the mimetic theory or Darwinism - in which the single pieces of evidence, fossil or ritual, would fall in the right place, providing a compelling explanation of the phenomenon at stake. [168]

But like the dinosaur soft tissue find, most moderns do not realize that the primitive sacred, far from being extinct and fossilized in ritual, myth, and prohibitions that we can cast away like an old bone, it is still quite soft, fleshy, and extant. Again, Girard:

...the main elements that I always find in myths are: (1) a crisis of undifferentiation (which corresponds the orgiastic elements in rituals); (2) a victimary sign that singles out a villain; (3) an expulsion/killing of this villain (which is also represented as a hero because he/she eventually saves the community). [162]

One might do well to remember that during this presidential campaign season.
Posted by Athos at 8:19 AM