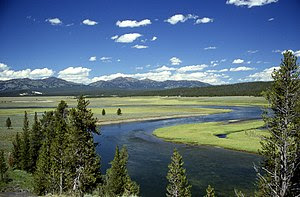 National Geographic reports that Yellowstone National Park (former super volcano) was jostled by a host of small earthquakes for a third straight day Monday, and scientists watched closely to see whether the more than 250 tremors were a sign of something bigger to come.

Swarms of small earthquakes happen frequently in Yellowstone, located in Wyoming in the western U.S., but it's very unusual for so many earthquakes to happen over several days, said Robert Smith, a professor of geophysics at the University of Utah.

"They're certainly not normal," Smith said. "We haven't had earthquakes in this energy or extent in many years."