Giving Thanks for a Hallowed Home 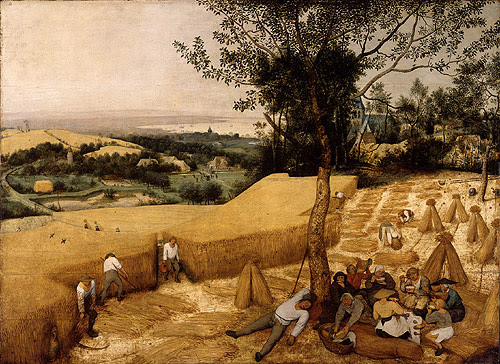 Frederica Mathewes-Green gives a reflection on life, aging, and other things for which to give thanks.

Fr. Sergius Bulgakov, an émigré from Soviet Russia who became dean of the Russian Orthodox seminary in Paris, published an essay reflecting on that verse in 1932. It’s titled “The Holy Grail,” but he makes clear that he’s not talking about the Grail of medieval legend, the cup which St. Joseph of Arimathea supposedly held to catch the blood flowing from Christ’s side. Bulgakov says that the myth of the Grail is nevertheless trying to tell us something. It “expresses precisely the idea that, even though the Lord ascended in His honorable flesh to heaven, the world received His holy relic in the blood and water flowed out of His side.”

The vessel which caught the blood of Christ, Bulgakov proposes, was not a cup. It was that span of weary earth lying at the foot of the cross. “The life of the flesh is in the blood” (Lev 17:11), and our Lord’s lifeblood soaked into the dry and rocky soil of that graveyard outside the city gates. His blood was hidden there in the ground, and, in Bulgakov’s lovely image, thereby consecrated that ground, all ground, the entirety of material Creation.

“The whole world is the chalice of the Holy Grail,” Bulgakov writes. “The Holy Grail is inaccessible to veneration; in its holiness is hidden in the world from the world. However, it exists in the world as an invisible power…[It] is not offered for communion but abides in the world as the mysterious holiness of the world, as the power of life, as the fire in which the world will be transfigured into a new heaven and new earth.”

“The world was not deprived of Christ’s presence (‘ I will not leave you comfortless’ [John 14:18]). Christ is not alien to the world; the world lives by Christ’s power. The world has become Christ, for it is the holy chalice, the Holy Grail. The world has become indestructible and incorruptible, for in Christ’s blood and water it has received the power of incorruption, which will be manifested in its transfiguration. The world is already paradise, for it has produced ‘the tri-blessed tree on which Christ was crucified.’”

The gift of Christ’s blood hidden in the earth means that he is present in our midst; not merely a spiritual or inspirational presence, but a participant in the ceaseless tide of matter as it surges now together, now apart. Christ didn’t just visit our world, but continues here, mingled with the atoms we see and touch every day. I am looking at my computer monitor screen, and then at the monitor, the pens and papers on my desk, the lamp and stapler, the photos of those I love. Everything is going to be returned to dust. Throughout the history of the world this convulsive dance of alliances forming and dissolving will go on. But on Good Friday something was added, and by it the world becomes the True Grail.